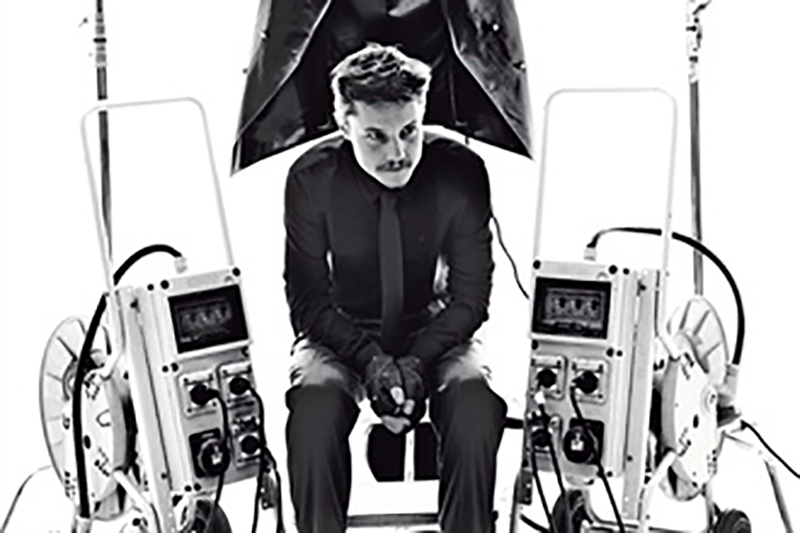 Alberto Tadiello (Montecchio Maggiore, Vicenza, 1983, graduated at the University IUAV of Venice in 2007) has chosen to focus his works on the physical manifestations of the attraction, the tension, the energy that runs, translating them into sculptures and sound installations. The electrical cables, the speakers, the sound that propagates and invades the rooms conveys a sense of tension that fits perfectly with the physicality of the works. 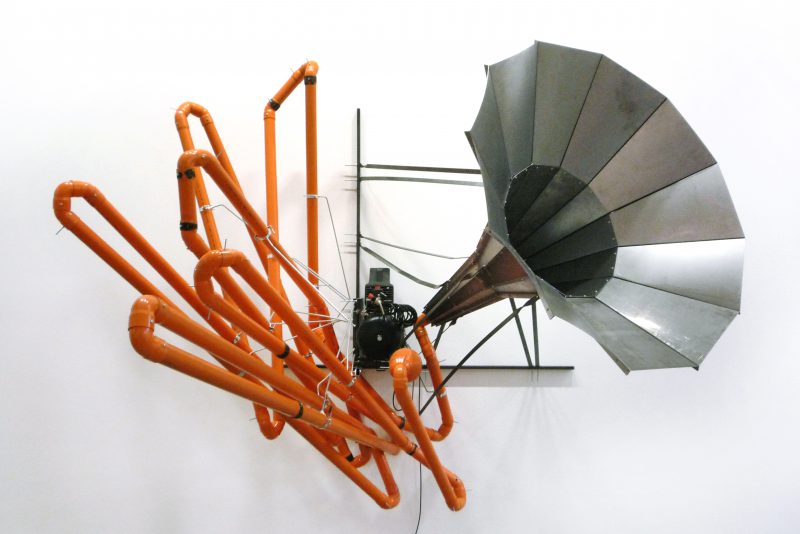 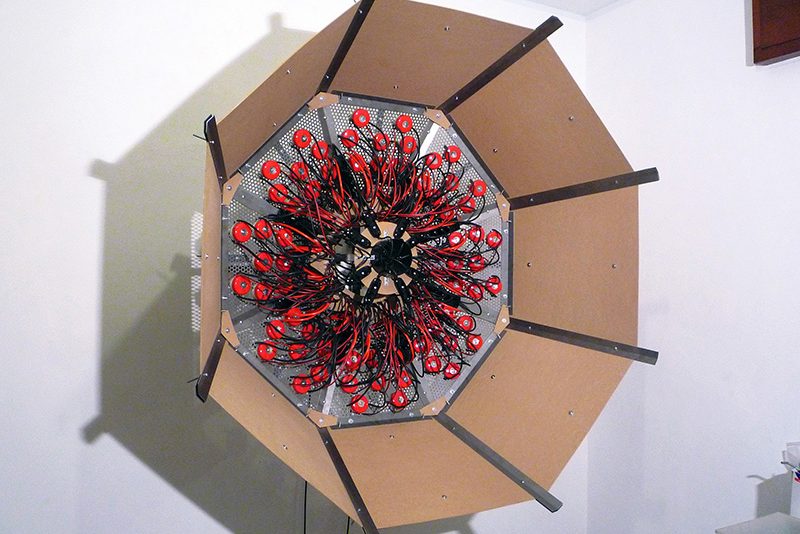