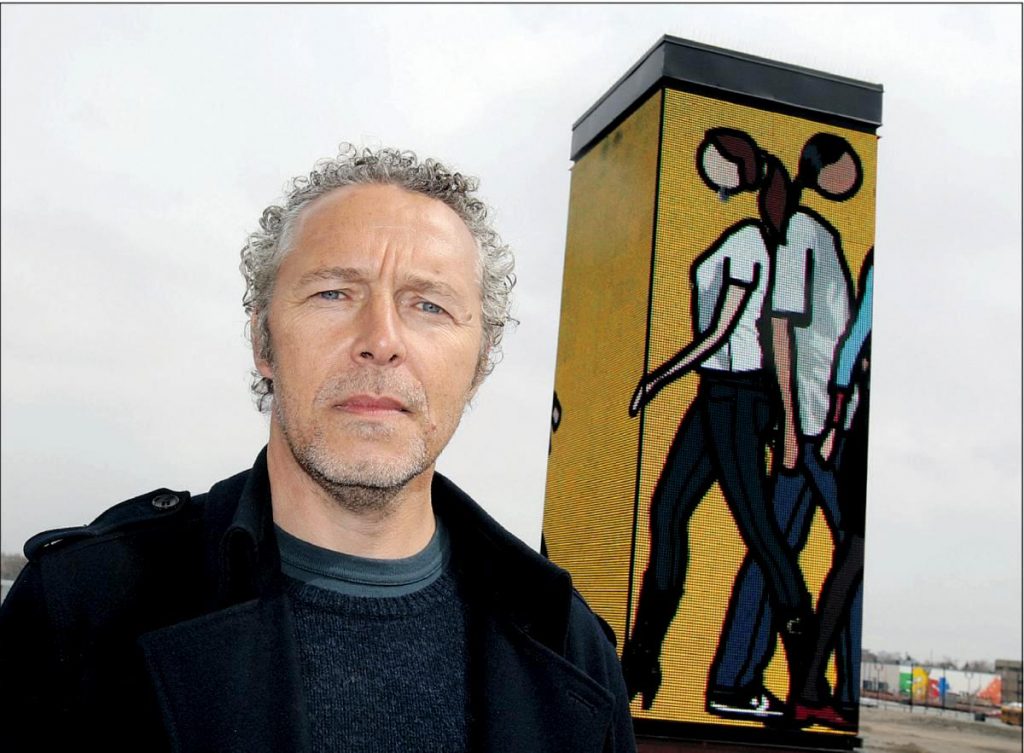 Julian Opie, born in London in 1958, he graduated at the Goldsmith College of Art in 1982 and began to be known as a sculptor since the mid-eighties, in the context of the New British sculpture, characterized by the pursuit of sculpture and urban culture translated in the use of industrial materials and waste.

It was in the late nineties and the early 2000 that Opie developed his original style and has started being recognizable. Opie is distinguished by the formal simplification and the use of flat backgrounds, bounded by a thick contour line; his repertoire includes landscapes, portraits and above all stylized human figures in motion or animated. As he mostly produces paintings and sculptures, his production always starts from the design and the immediacy of the line, but it has developed through trials involving contemporary media ranging from painting to digital images, from sculpture to animation with LEDs, from videos to prints lenticular.

In 1995 he won the Sargant Fellowship at the British School in Rome, between 1995 and 1996 he won the artist residence at the Atelier Calder in Sache, and in 2001 won the Music Week CADS, Best Illustration for the album “Best of Blur “. 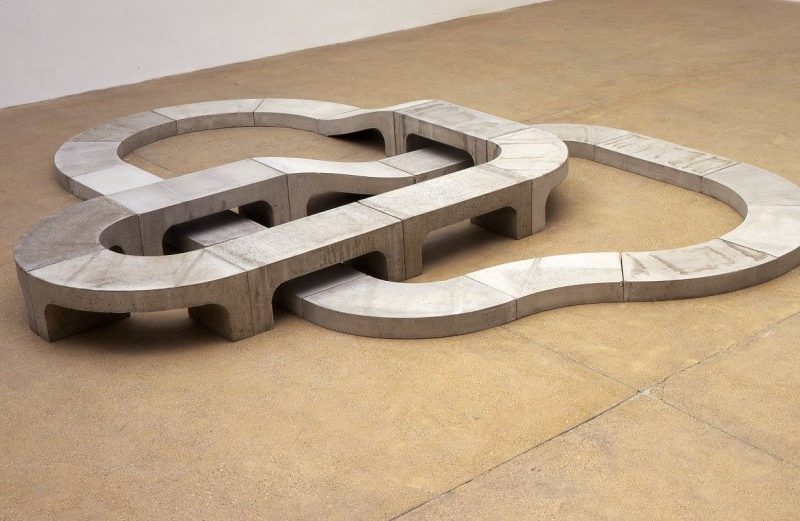 Imagine you are driving (Sculpture 2)