Loris Cecchini was born in Milan in 1969, where he now has his studio; he lived and worked in Prato, Beijing and Berlin.

His artistic training can be traced back to the Eighties, when through photography he analyzes a society characterized by the concepts of mass culture, commodification and consumer objects. Loris is interested in all new media and technologies: he approaches the use of computers and 3D design programs, is attracted by virtual reality and innovative materials developed by the chemistry of materials. At the end of the nineties he suspended the massive use of digital photography and approached a more manual activity: rubber sculpture.

Between 1998 and 2007 he dedicated himself to the replication of everyday objects – Stage Evidence series – using materials such as urethane rubber, resins, silicone and cellulose for his sculptures. He personally takes care of the creation of the casts, he actively intervenes in the work by directing the work of some collaborator. The “non-sculptures” are rendered in an aseptic gray monochrome, linked to the idea of ​​technical and artificial. Its urethane rubbers are not equipped with an internal iron armor, so they undergo a gradual collapse and folding in on themselves, they are proposed as something never definitive. Incorporating elements from various interdisciplinary fields, from chemistry to innovative technologies, Loris’s artwork continued investigating the limits of creation, focusing on the concept of the organic element as a fulcrum and as a minimalist practice. This is demonstrated by a wide range of works, from his steel modules to resin Wallwaves, but also drawings, sculptures and installations, all tools at the service of a unified poetics whose cardinal element is transfiguration. The variety and morphology of the elements portrayed in his works are constantly intertwined, in a continuous process of deconstruction and reconstruction, of exchange between the physical reality of the materials and virtualized presence.

He has taken part in various exhibitions over the last twenty years, among the most important are: 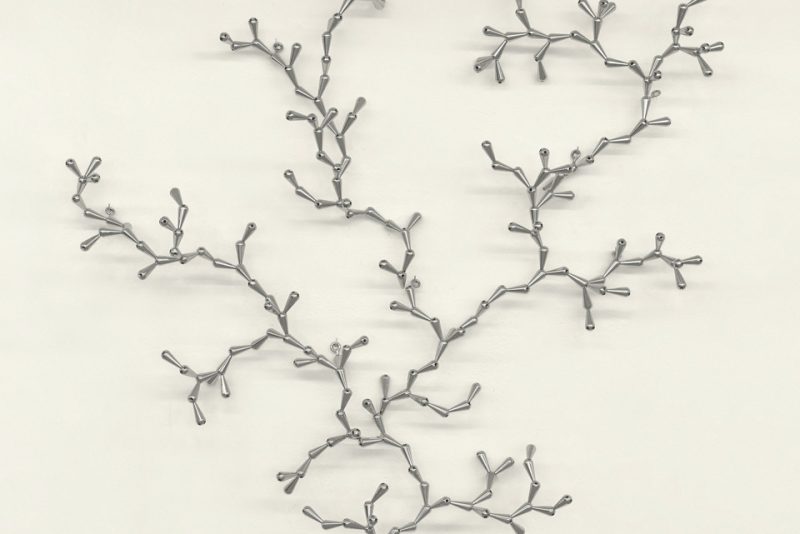