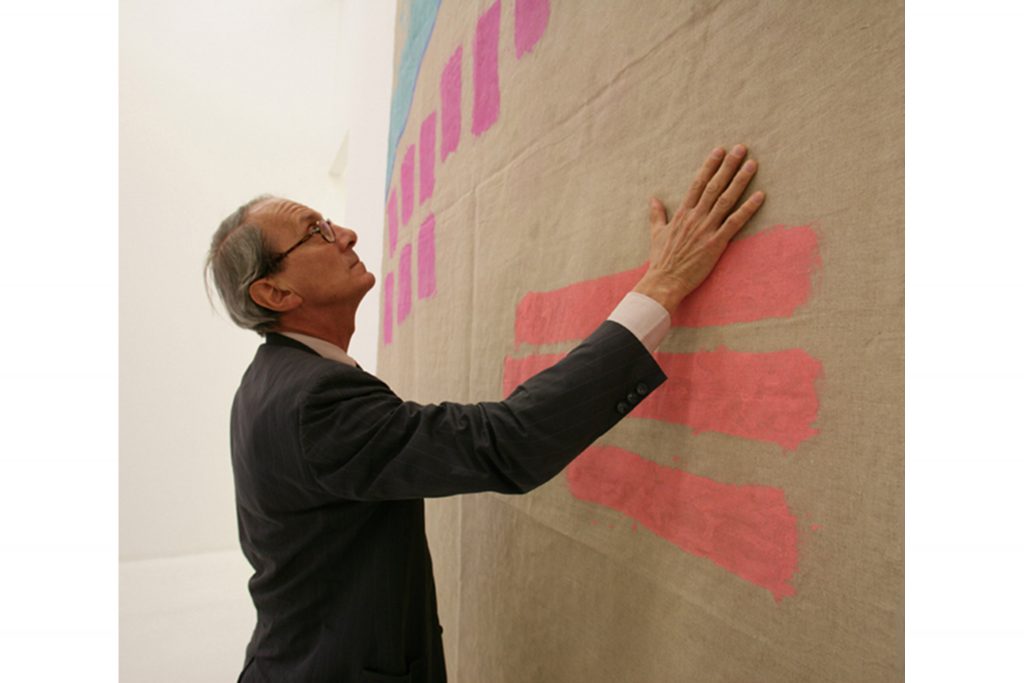 Giorgio Griffa was born in 1936 in Turin, where he lives and works.

In the sixties, during Arte Povera artistic movement in Turin and after a decade of figurative pictorial practice, Griffa approached abstract painting starting from the attendance of Filippo Scroppo’s school of painting, even if his real training occurred in contact with the artists of his generation, that he knew thanks to Aldo Mondino. Between 1967 and 1968 Griffa set the basis for his pictorial artwork and outlined his own language, which still characterizes his practice: the support – canvas or paper – is placed on a plane, ready to accept the acrylic sign, tempera or watercolor, diluted in water. Often he paints on the floor, to prevent the very fluid color from dripping downwards, thus controlling the sign, traced with the brush or sponge. The canvas gradually ceases to be linked to the realization of a finished image and becomes a place where a trace, a line, the signs find their space. As Giorgio himself said: “I realized the thing that intrigued me most in those years was the diferente approach to intelligence of matter – my colleagues laid the foundations of the question so that it was matter itself with its intelligence that did the artwork – on contrary I believed in the intelligence of painting. I just put the color on the support “.

Griffa exhibited for the first time in the gallery of Gian Enzo Sperone in 1969, beginning to frequent more and more assiduously the gallery and other artists connected to Sperone. 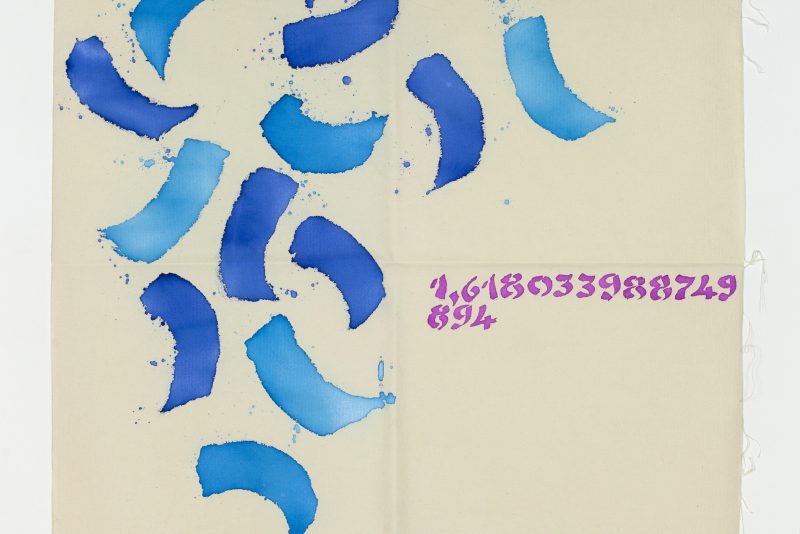 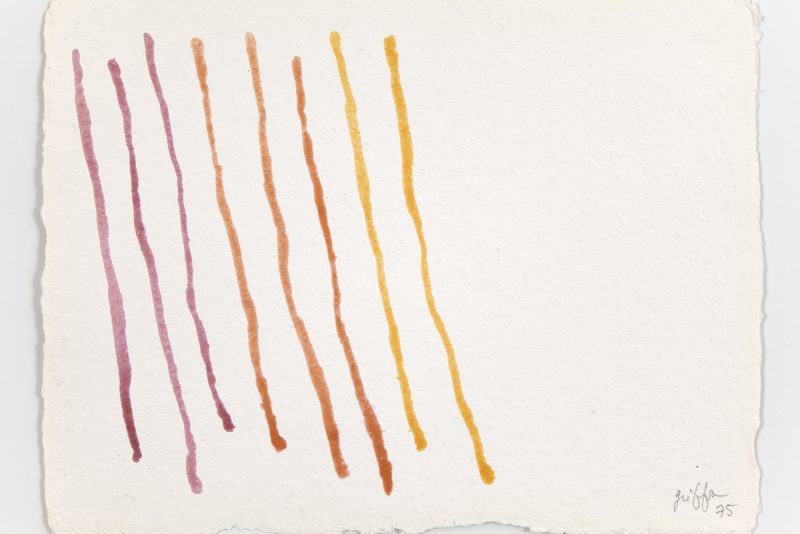